This week’s Heroes Brawl is Silver City! Help us celebrate Diablo's 20th anniversary on this new single-lane Battleground featuiring map art straight out of the High Heavens, a couple of Mercenary Camps, and all the ARAM action you've come to love. Queue up, receive a random Hero, and try your best to send the enemy team to the Burning Hells![1]

Silver City is a single-lane battleground set in the realm of Diablo.

Silver City is a Diablo-themed All Random All Middle (ARAM) map. Everyone gets a random hero in the beginning and is thrown into a single-lane battleground, where the only objective is to kill other Heroes and destroy the core first. Additionally, there are two mercenary camps on the bottom of the map and three globe generators on the top of it. Lastly, you cannot heal in the starting area and Hearthstones are disabled. 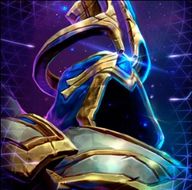