From Heroes of the Storm Wiki
(Redirected from Watchtower)
Jump to: navigation, search 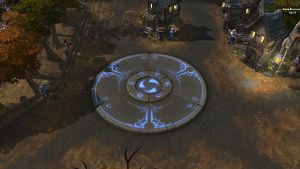 A Watchtower on Haunted Mines

Watch Towers are look-out posts that grant vision for the team that captures them. Securing Watch Towers provides your team with greater vision and map control, allowing you to keep an eye on enemy movements throughout the map. Watch Towers are usually placed in locations that cover major paths on the battlegrounds, typically in the jungle and areas between lanes.

Watch Towers can be captured similarly to defeated mercenary camps, by standing in the area until your team gains control. Watch Towers are found on Blackheart's Bay, Cursed Hollow, Haunted Mines, Sky Temple and Warhead Junction. Hanamura Temple features an unique version of Watch Towers, known as Recon Camps, that only grant vision once their guards are defeated.