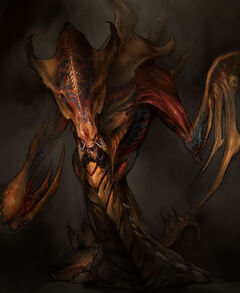 Vaevictis was a hero from the Blizzard Entertainment StarCraft franchise. He had short-ranged attacks and was an expert at killing enemies that get to close. Vaevictis benefited from dexterity items.

He was a confirmed hero in Blizzard DOTA, but he isn't confirmed officially in Heroes of the Storm.