The Grave Keeper and the Raven Lord are engaged in a classic battle of evil versus… different evil? Protective magic shields your Core from enemy Heroes, but nothing will save you from these two masters of the dark arts. Hold the Bell Towers, capture the Altars, and unleash your wicked benefactor’s power on your enemies.[1]

The Towers of Doom is a three-lane battleground set in the Realm of Raven Court. The Cores on Towers are Doom are protected by barriers that cannot be destroyed by heroes. Periodically altars will rise across the battlefield. Activate them to have your bell towers fire upon the enemy's core.

The Grave Keeper and the Raven Lord have risen over a dark and mysterious city, each seeking to annex it into the territories they inhabit within the Nexus. Now locked in a struggle for dominance over the little gothic burg, these mythic beings demand that heroes contribute their might to this endeavor. Whether born from necessity, or merely for sport, their true intentions may never become clear.[2]

Losing patience with the Grave Keeper, the Raven Lord summoned beings from the Dark Nexus in order to finally draw the "usurper" out.[3]

Towers of Doom features three lanes, spread out to form a medium-sized map. Unlike most maps, though, these lanes only feature one castle for each team, rather than the typical two. Between the lanes (and below bottom lane) there are altars which periodically activate, triggering the map's main objective. 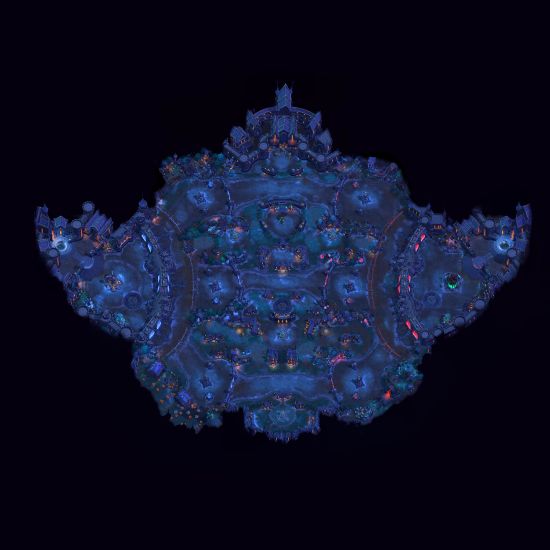 Both Cores are protected by a barrier that cannot be attacked by heroes. The core has 40 hp at the start of each game. When you enter the opposing team's Kill Zone near the Core, enemy cannons will lock on to you and blow you to smithereens.

The Core does not affect damage from any sources other than capturing Altars and the mercenary of this battleground: Sappers and the Headless Horseman.

Activate them to have your bell towers fire upon the enemy's core. Capturing an altar takes 6 seconds.

Keeps and Forts are often called Bell Towers on this map. Unlike other maps, there is only one Bell Tower per lane, and destroying the Bell Tower works much differently. When capturing an enemy's Bell Tower, it will automatically destroy the Tower and Healing fountain next to it. A new, friendly Bell Tower will rise in its place.

Each team has a damage multiplier: The more Forts/Keeps you have, the more damage an Altar will do. The value is 1+ the number of keeps the team controls. Each team start with three keeps, so the multiplier starts at 4. Altars will spawn and successfully capturing an altar will cause you to deal damage to the enemy core equal to your damage multiplier.

If the enemy destroys your new keep, then their own keep and healing fountain will respawn. This process can be repeated infinitely, and whenever structures are respawning they are invincible for several seconds. Note that even during this invincibility phase, they still count towards the controlling team's damage multiplier. Also note that recapturing a keep on your side of the map will only respawn the turret tower and healing fountain nearest it. The gate and two turret towers that protected the keep will remain destroyed, meaning the keep will remain quite vulnerable.

If your team manages to capture all six keeps, your core will deal 1 damage to the enemy core roughly every ~3.5 seconds. The bombardment ends if your foe retakes a tower, so use extreme caution.

When the tunnel opens after 12:00 minutes, all Forts upgrade to Keeps, including their Kill XP given. Less significantly, Towers and Healing fountains also upgrade, affecting their HP and shields. 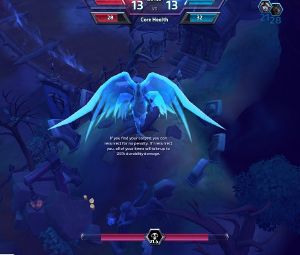