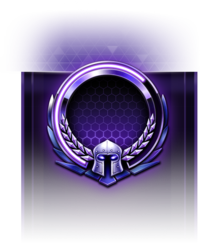 Team League was a game mode for Heroes of the Storm that allowed players to play ranked games with all party sizes, including solo players. On March 26, 2019, Hero League and Team League have been merged into a single ranked queue: Storm League.

In Team League games, pre-made teams of two, three, or five go up against each other. It's you and your friends against the Nexus. Once you've got a solid crew, this one is the mode for you. If you still need a few more friends to complete your ideal team, you can always Recruit a Friend.

While players will need to have access to at least 16 Heroes in order to play Team League, there are still no minimum Hero level requirements in order to queue for Team League matches.

Team League matchmaking allows players to wait indefinitely until the system finds a reasonable match for their skill level. When average queue times for 2-player parties in Team League become lengthy, the leaders from additional 2-player parties attempting to enter the queue will see a warning message that they may be in for a long wait. When this occurs, the party leader can choose to enter the lengthy queue if they are willing to wait, or cancel the queue to find additional party members and get a match more quickly.[1]

All players must play 10 placement matches in order to receive an initial ranking for Team League. Rankings are identical to HL, and there are no restrictions on who can form parties. Placement accounts can queue with bronze and grandmaster accounts at the same time, though of course matchmaking may struggle to balance you versus your opponents.

Upon finding a match, a player will enter Draft Mode. Unlike Hero League's Draft Mode, however, Team League will make use of the First Come, First Served (FCFS) version of draft selection. With FCFS, there is no set pick order for the players on each team. While a coin toss will still decide which team picks first, and teams will still make selections using the 1-2-2-2-2-1 format, individual players are free to select their heroes in any order they like when it is their team’s turn to pick.[2]

Take advantage of this by picking highly contested heroes first, and heroes you don't want your opponents to counterpick last.

The current season rewards can be found through a link in-game. Additionally, Team League rewards +50% bonus experience at the end of the match, and an additional +25% to +50% based on your party size. Don't forget to add at least one ally as a friend to get that bonus as well!