Demonic corruption threatens the Gardens of Hope. Called forth by the Shrines, Punishers prowl the battlefield, terrifying creatures that live to destroy heroes. Defeat the Shrines' Guardians before your enemies do, and the next Punisher will fight for you; fail, and face the demon's wrath. [1]

Infernal Shrines is a three-lane Diablo-themed Battleground featuring three shrines that will periodically gather power. Teams can unleash this power by activating a shrine, defeating its guardians, and summoning a devastating Punisher to fight for them. These powerful bosses will spawn with one of three deadly affixes — Arcane, Frozen, or Mortar — and will hunt down nearby enemy Heroes as well as pushing the lane closest to their shrine.[2][3]

The "Infernal Shrines" battleground has three lanes with one shrine in the middle of each lane. 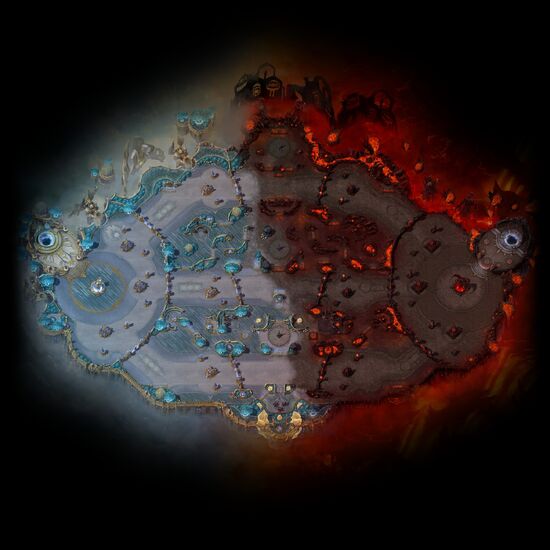 There are five mercenary camps to be recruited in this battleground: