Heroes of the Dorm 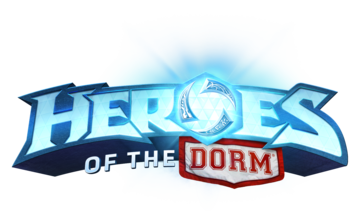 Heroes of the Dorm was an annual tournament, hosted by Blizzard Entertainment and TeSPA, that feature colleges and universities across the United States. Prize pool includes scholarships and high-end gaming PCs.

On December 13, 2018, Blizzard announced that the Heroes Global Championship and Heroes of the Dorm will not return in 2019.[1]

ESPN was the original host for live coverage on television and digital platforms. Facebook has also covered the tournament in 2016. Students from the United States and Canada are eligible.

All five members of the first place team will each enjoy up to $25,000 per year in college tuition for up to three years of their remaining years of undergrad or graduate enrollment(up to three full years as an undergrad or up to two years as a grad student). Seniors and grad students with no remaining years of enrollment will receive one years worth of tuiton to help repay student loans(or an equivalent cash prize if the student does not have any remaining student loans). Each player to make it to the Heroic Four will take home a top of the line gaming PC.