Every so often, Heroes of the Storm features special in-game events. Each limited-duration event has a specific theme, and offers rewards and special purchases in keeping with that theme.

Some events are unique, timed to celebrate the addition of a batch of new heroes, battlegrounds, skins and mounts; while others are seasonal, and are repeated each year, generally tying into seasonal events from one of the game's integrated universes, such as Warcraft.

Seasonal events occur each year, and introduce skins, mounts, sprays and portraits that are exclusive to the period that the event happens and are only available in the event Loot Chests. Some feature bonus XP and special portraits.

The Lunar Festival is a seasonal event from the Warcraft universe that takes place each year during February. It is the in-game counterpart of the Chinese Lunar New Year.

The Sun's Out, Guns Out is a seasonal event unique in Heroes of the Storm that happened in June, 2017. It is the season event to celebrate the Summer.

In 2018, it was replaced by the Nexomania event, a wrestling themed event.

Year 2019 got a new theme, continuing the MechaStorm story into MechaStorm II.

Hallow's End is a seasonal event from the Warcraft franchise that takes place each year during the latter half of October. It is the in-game counterpart of Halloween.

Based on the comics featuring the Nexus original story of the Raven Lord and his daughter Orphea, Fall of King's Crest replaced the usual Halloween themed event in 2018.

In 2019 The Scarlet Heist took place as the Fall Event.

The Winter Veil, also called the feast of Great-Winter, is a seasonal event from the Warcraft universe that takes place during December. It is the in-game counterpart of the Christmas and other holidays at the end of the year.

2018 brought a new approach on the Winter Events, yet keeping it in the spirit of the holidays, featuring the new Toys event. In 2019, a follow-up for the previous event with Toys II. 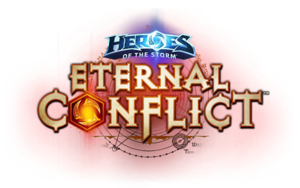 The Eternal Conflict is a Diablo-themed event in Heroes of the Storm, which was active between June 30 and September 8, 2015. The event added two battlegrounds, the Battlefield of Eternity and the Infernal Shrines; four heroes, Johanna, The Butcher, Leoric, and Kharazim; eight skins; and two mounts. 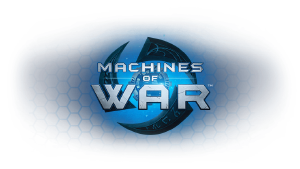 The Machines of War is a StarCraft-themed event in Heroes of the Storm, that began on September 13, 2016. The event added two battlegrounds, the Braxis Holdout and the Warhead Junction; two heroes, Alarak and Zarya; seven skins; and two mounts. Alarak became available immediately at the start of the event, and Zarya was released two weeks later. The event concluded on October 17, 2016.

Hanamura Showdown is an Overwatch-themed event in Heroes of the Storm. The event featured the release of the first Overwatch map, called simply Hanamura, and the debuts of Genji and D.Va and the 2nd iteration of the cross-promotion between HotS and OW, Nexus Challenge 2.0. 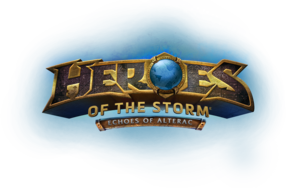 The Echoes of Alterac is a Warcraft-themed event in Heroes of the Storm, that began on June 12, 2018. The event added a new Battleground, the Alterac Pass; a new Hero, Yrel; eight skins; 53 portraits; 30 sprays; and two mounts. Yrel was available immediately at the start of the event. The event concluded on July 9, 2018.