From Heroes of the Storm Wiki
(Redirected from Dead)
Jump to: navigation, search 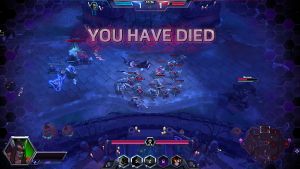 Death occurs when a Hero takes sufficient damage (also known as Fatal Damage) to be reduced to zero health. Upon dying, the screen is shaded dark blue, a death recap and death timer are displayed, experience is rewarded to the enemy team and other hero-specific events may occur, as detailed below. The death of all five members of a team simultaneously is referred to as a Wipe.

Upon death, every player must wait a given amount of time noted on the screen. The Hero respawns at the Hall of Storms with full health after the Death Timer has been counting down. The time increases with every level. 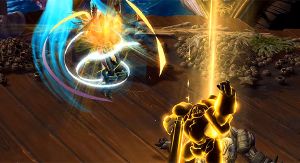