From Heroes of the Storm Wiki
(Redirected from Alterac Valley)
Jump to: navigation, search

The horns of war echo once again across the snowy slopes of Alterac. Capture Prison Camps and unleash Cavalry to destroy the enemy General.

Alterac Pass is a Warcraft-themed battleground. Invade enemy territory, free allied prisoners, call in the cavalry, and claim this three-lane Battleground for your General—but watch out for those treacherous mud pits!

Long ago, the warlock Gul'dan exiled a clan of orcs called the Frostwolves to a valley hidden deep in the heart of the Alterac Mountains. The Frostwolf Clan eked out a living until Thrall triumphantly united many of Azeroth's orcs. The Frostwolves, however, chose to remain in the valley rather than joining Thrall in Orgrimmar – and their relative peace has since been challenged by the arrival of the dwarven Stormpike Expedition. The Stormpike Expedition’s desire to mine and plumb the underexplored caves for relics has invited conflict with the Frostwolf Clan, but opinions are divided on who struck first.[1]

The "Alterac Pass" battleground has three lanes with four Prison Camps above and below the middle lane. 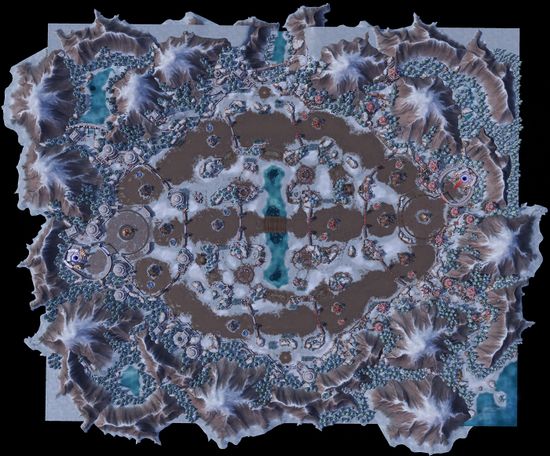 There are four mercenary camps to be recruited in this battleground:

After the cavalry has been activated, mercenary camps disappear, reappearing after all cavalry have been killed. As the camp will not despawn if it is already engaged, teams can consider engaging camps just before the cavalry spawns. 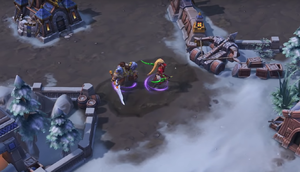